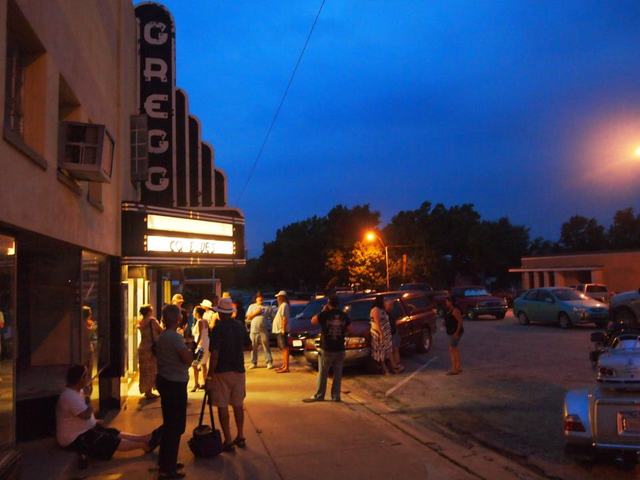 The Gregg Theater in its majestic appearance, opened in 1938. The premiere showing of “Four’s a Crowd”, with Errol Flynn, ushered the grand opening. Since then it has continued to be a source of entertainment for the area.

The theatre features projectors that are over 70 years old, with some minor retro fitting, still keep the reels turning. The projectors used are Brenkert BX-40s. Though these projectors continue to run, the transition to digital cinema will likely retire the antique projectors.

A group named the Sedan Theatre Group (Howard County Players) come together to perform plays that are held on the built-in stage in the single auditorium theatre during the year, providing a cast can be assembled. All work done at this theatre is done by volunteers, in a town of under 1,300.

In 2009, the theatre was given a minor update to the snack bar by the fundraising of a local school organization and fundraising from the community.

Stop by the theatre during weekends for the 8pm showings!