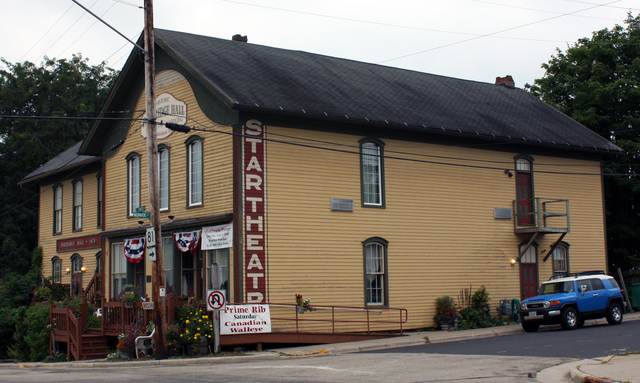 The Star Theater was built in 1878. It was called Partridge Hall. Partridge Hall was used mostly as a live performance hall, for dances and dinners. In 1920 it was renamed the Star Theater and began showing movies. It remained a movie theater for approximately twenty years. After it closed as a movie theater, it was used for various purposes such as a chick hatchery and later for storage.

In 1980, it was listed on the National Register of Historic Places as building #80000154. After a restoration, the Star Theater has come full circle. It is now the Star Theater at Partridge Hall which is a restaurant with live entertainment.

The address is 200 S. State Street, according to this site:
http://tinyurl.com/4kehv9