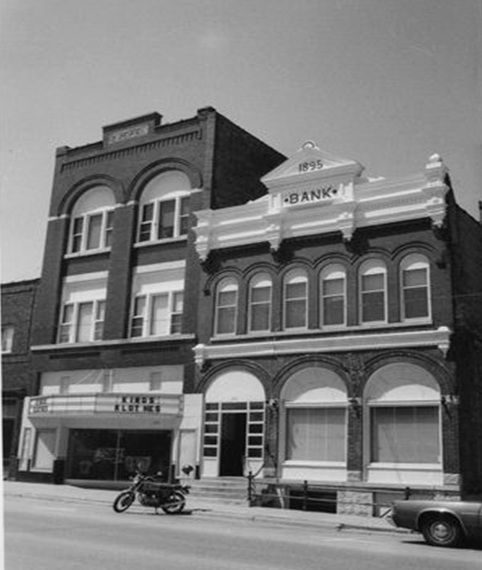 According to the Blanchardville Historical Society: In 1939 Tom and Hazel Watson purchased what was known as the Zweifel Building at 315 S. Main Street, a three-story brick building and they put in a tapered floor, 250 seats, a marquee and that year opened the Blanchard Theatre. The Watsons lived in an apartment on the second floor. There were about 20 rows of seats-with an aisle in the middle and seat arrangements decreasing as the arrangement got closer to the screen. Ticket prices that first year were 20 cents for adults and 10 cents for children.

The Blanchard Theatre closed in 1958.