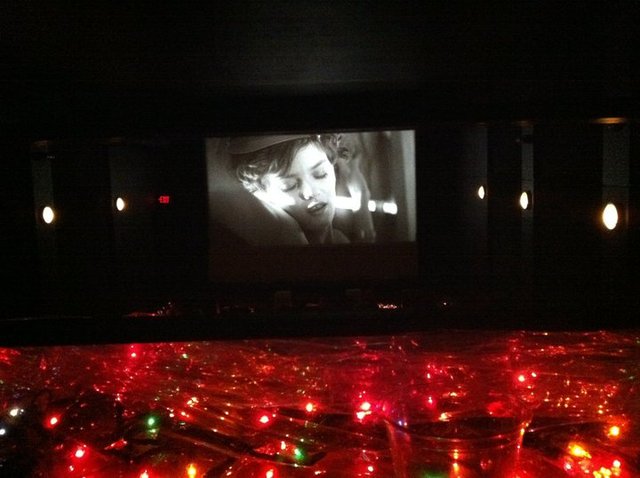 The Dixie Theatre opened prior to 1914. In 1919 it was renamed Rose Theatre, and in 1926 it became the Princess Theatre. The Cameo Art House Theatre is the rebirth of the earliest and last remaining historic theatre building in downtown Fayetteville, North Carolina. Closed as a movie theater when replaced by larger theatres. The building last housed Dixie Billards and was gutted and slated for demolition for many years.

The Cameo Art House opened as the Dixie Theatre in 1914.

According to Bowers' “Encyclopedia of Automatic Musical Instruments” page 551, there was a “Princess” theatre in Fayetteville equipped with a Reproduco organ made by the Operators Piano Co. I could not find a page for the Princess, so I am putting this here for the time being.

P.S. great job on the renovation/revitalization of the Cameo!

I was in Fayetteville years ago, but I don’t remember seeing this theater. It may have been a pool hall at that time.

That shur don' look like no movin pitcher show in that there snapshot.

The Cameo Art-House Theatre is one of two arthouse cinemas that are located EAST of Raleigh,North Carolina that specializes in showing first-run independent films,documentaries,and foreign releases.

The other is the Thalian Hall Center in Wilmington,NC. This theatre is not listed on the cinema treasures website,but they do have an address for this site: http://www.thalianhall.com

First the Galaxy Cinema in Cary, then the Parkhill Cinema in Tarboro, and now the Cameo Theatre in Fayetteville – all three are now in danger of closing (the Galaxy due to issues with the landlord, the Parkhill and Cameo due to digital conversion). ABC11 News (on their 10pm newscast on WLFL CW22) has reported that the Cameo Theatre may have to close because of the high cost of digital conversion. The future of small, independent cinemas in North Carolina, the USA and elsewhere seems to be dimming; the big boys (Carmike, Regal and the now-Chinese-owned AMC among others) conspire with the studios to squeeze out the alternatives.

There was an earlier movie house called the New Dixie Theatre across the street from this one. It was listed at 220 Hay Street in the 1909-1910 city directory, operated by S. A. Lambert, who must have been the Steve Lambert who operated the Dixie Theatre at 225 Hay Street until 1919.

DocSouth also has a page for the Princess Theatre. Though no address is given for it, it appears in 1927, when it had 333 seats, and operated until at least 1930, when it seated 350. I think there’s a very good chance that Princess is another aka for the Dixie/Rose/Cameo.