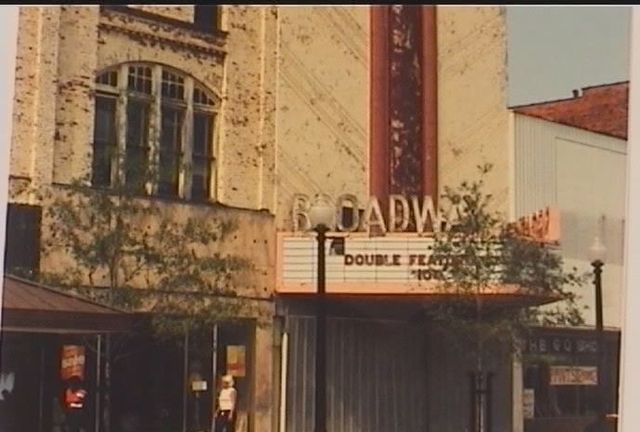 Built on the site of the former Strand Theater/Broadway Theater which closed in November 1949. A new Broadway Theatre was built to the design of architect Erle G. Stillwell. It was built for North Carolina Theatres Inc., and opened in 1950.

Seating in the rear of the balcony was reserved for African-American patrons, who had their own separate entrance and facilities.

The theatre was still around during the 1970’s when it was an ADULT theatre showing X-rated films. It closed in 1979.

This and every other Hay Street theatre still operating in the 1970s formed what was possibly the closest thing to New York City’s infamous “Forty Deuce” (42nd Street between Broadway and 8th Avenue)within North Carolina.

Three of architect Erle G. Stillwell’s plans and drawings of the Broadway Theatre are linked from this page at DocSouth’s “Going to the Show” section.

The Broadway did not show X movies, however there was a walk-in X rated theater in the 500 block of Hay street.