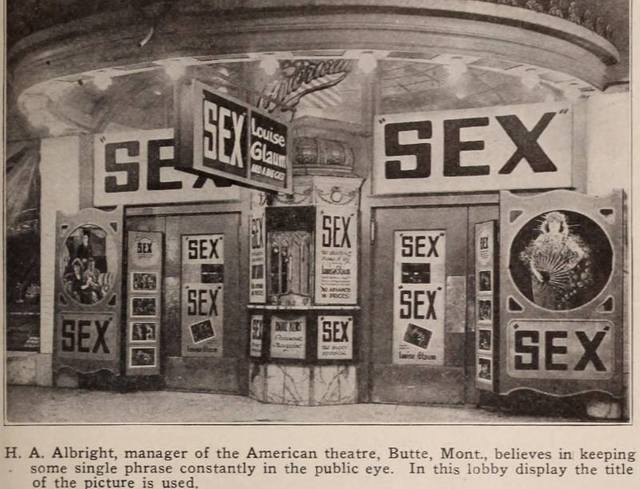 Status should probably be closed/demolished. This article is dated 2/1/50:

Fire that caused an estimated $400,000 loss destroyed the American theater and two business houses in the same building and sent scores of persons from an adjoining rooming house fleeing to safety in subzero temperatures early this morning. No one was injured. All 42 members of the Butte fire department were summoned on the three-alarm blaze and the city aldermen were ordered to form an emergency crew at the main fire station. Several aldermen also participated in the fight against the raging conflagration which, for a time, threatened to wipe out a large segment of Butte’s principal business section.

The alarm came in at 8:22 o'clock this morning, when several pieces of equipment and a crew of firemen were battling another blaze at the Owl garage on South Main street. The garage was damaged considerably.

Part of the equipment at the garage fire was immediately transferred to the theater blaze and all firemen were called out. Besides the theater, Jimmy’s Donut shop, owned by James Kintrea, and a flower shop owned by Marcus Golubin were destroyed. Smoke and water damaged Schwartz' Men’s store, the American Candy shop, Faxon and Rockefeller Drugstore, the Floresheim Shoe store, the Curtis block, Gamersâ€™ confectionary and Bishop’s dancing school.

Fire Chief John O'Donnell said the fire probably started in the front of the theater building above the office quarters where the ventilation machinery was housed. He said he believed the fire had been burning for some time before it was discovered. As the flames ate their way into the projection room, motion picture film ignited and there were several minor explosions which apparently scattered burning embers into other sections of the theater. When the flames broke through the roof they shot about 100 feet into the air.

Robert Anderson, local manager of the Fox Intermountain theaters, estimated loss at the theater at more than $200,000. Recently new seats and other equipment were nstalled in the building. The American theater building is owned by the Nicholls Estate Trust, the Boucher block to the west by the Masonic Temple association and the Curtis block to the east by the Curtis Realty company. Losses in all instances were reported partially covered by insurance. The theater building was erected in 1903.

It was the third major fire Butte has had in recent months and the second theater fire. The Park theater was destroyed last Sept. 24 and the Holboxx Holbrook building, housing the Winter Garden bowling alley, burned last month.

This is from the Butte Standard on 7/2/50. Address for the theater is given as 25 Park Street.

Construction of a $100,000 building on the site of the American theater which was destroyed by fire Feb. 1, 1950, has been announced by the Nichols Estate trust, owner of the property, which is located at 25 West Park Street.

Adolph Turk, agent for the estate, said that two one-story store buildings, ultra-modern in every respect, will be constructed on the premises. One of the store sites, the west side, 27 by 130 feet, with full basement, has been leased to the Pay Less Drug company. The other store building to be constructed is open for lease, Turk said. The Cahill-Mooney company has been awarded the construction contract and has already started operations clearing away debris from the site and removing the remaining front wall of the old theater building.

The building at 25 W. Park Street, on the site of the American Theatre, is now occupied by the Park Street Mall, a collection of small retail shops.

A nocturnal photo of the American Theatre in Butte can be seen on this page of the March 6, 1926, issue of Motion Picture News.

The American Theatre was completed on April 6, 1912, after 85 days of construction. The house was the subject of a brief article in the October 5, 1912, issue of The Moving Picture World. The structure was framed in concrete and steel, with brick curtain walls. The stage, with a fifty-foot fly loft, was large enough to accommodate legitimate productions as well as vaudeville. Half the seating capacity was in the balcony, which featured the same luxurious appointments as the main floor. The house boasted an $8,000 pipe organ to provide musical accompaniment to the silent movies.

According to an article in the Motography magazine of July 12, 1913 it seated 1,000 and cost over $90,000 and was owned by the Montana Amusement Company. It had a Mexican onyx front with a mirrored canopy and a velour draped stage with hangings costing more than $1,000. It even had a baby room to the right of the foyer where baby carriages could be checked, with a matron in charge to look after the babies while the parents attended the show.