Previous Names: Phoenix 10 on the Plaza 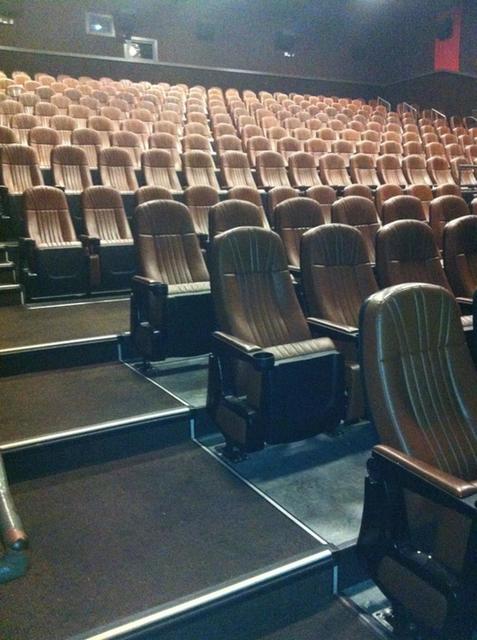 Opening on Friday September 15, 2006, the Phoenix at the Plaza 10 Cinemas or Plaza 10 Cinemas at Northgate was the first movie theatre to be located at Northgate Shopping Center since 1985. It was also the second megaplex movie theatre to be built in Durham since 2002. Durham’s Northgate Shopping Center has been a landmark here in the bull city for over 50 years with over 160 shops and services provided, including two major department stores (Macy’s and Sears) as well as other locally owned shops and services.

The theatre was located on the eastern side of the shopping center facing the entrance toward Gregson Street side at the intersection of West Club Boulevard and nearby Interstate 85.

Opening to great fanfare, it was built on the site of the former Belk-Leggett Department Store and was also the former Thalhimers Department Store during which Northgate Mall was undergoing a huge re-construction phase of the entire facility where it added two additional parking decks and expanded the other side of the mall with more shops and speciality stores.

The cinemas offered the newest innovations in entertainment. For one, it offered plush high-backed rocking chair seats and extra wide aisle for maximum comfort. All auditoriums featured stadium seating. Three of the larger auditoriums were even bigger which were the largest in the Triangle area with 400 seats each. Huge wall-to-wall screens with some of the largest screens anywhere with full DTS-digital sound. Another feature it offered was a huge party room. Two large party rooms were reserved for birthdays and other occasions. The other section featured video arcades that were available for patrons before or after the movie. Free parking was available in both the outside entrance to the theatre and at the parking decks. The upper level of the lobby featured a sports bar and pub that was a gathering place before or after the movie, which catered to older patrons. The concession stand was huge offering the latest snacks and speciality items.

Phoenix 10 at the Plaza was formerly the Northgate Twin Theatre at Northgate Shopping Center. The theatre opened in 2005 where it was at one time the former Belk’s Department Store due to the renovation of the Northgate Mall in Durham, NC.

Renamed the Theatres at Northgate 10,which is owned and operated under East Coast Entertainment. The theatre opened in 2005 in the former Belk-Leggett Department Store during the renovation of the Northgate Mall. The theatre is at the intersection of West Club Boulevard and Gregson Street near Interstate 85 in Durham.

Seating capacity should be 1,700

This web page dated August 1, 2007, says that East Coast Entertainment had just taken over operation of this house from Phoenix Entertainment. Phoenix operated the house for only about a year.

The project had originally been planned for West Virginia-based Marquee Cinemas, but they pulled out of the deal before the theater opened. As Phoenix not only operates its own theaters but also provides management services for other theater owners, I suspect that they were brought in at the last minute with a short-term deal by the owners of the mall after Marquee pulled out.

Either the theater owners or Phoenix probably became dissatisfied with the arrangement, and East Coast Entertainment, a company which operates an amusement park in Myrtle Beach, was brought in to take over the theater. Ten years later, this is still that company’s only cinema. Various reports and theater reviews from around the web suggest that they don’t put much effort into it, and the cinema is now in bad shape.

With major chain competition nearby, this independent probably doesn’t have much power with movie distributors, so it isn’t surprising that the place is getting run down. It has been suggested that the theater is being kept open only as a tax shelter. It seems a plausible claim to me.

This theatre is closed. The last day of business was back in December 2020.