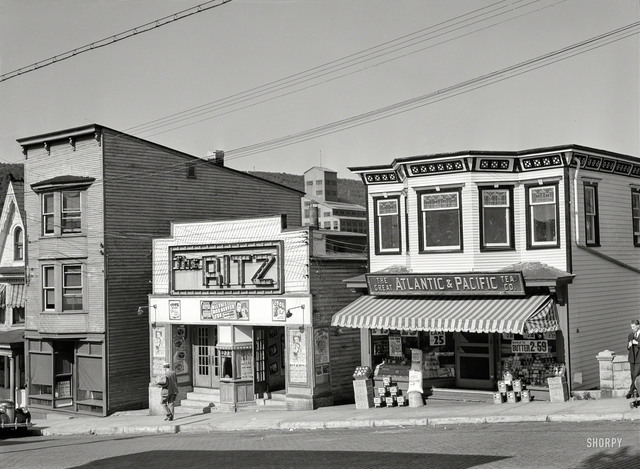 The Coaldale Theatre was on Second Street and it opened as a silent movie theatre. It was later renamed McTague Theatre and was equipped for sound in 1929. It was renamed Ritz Theatre in 1933. It was destroyed by fire on December 26, 1948.

The Angela Theatre was built on the site and opened on October 11, 1949 (it has its own page on Cinema Theatres).

This theatre launched as the Coaldale Theatre in the silent era. John McTague and his wife took over the location and called it the McTague Theatre. Mr. McTague installed sound in 1929 but was injured decorating the theatre and passed away. Under new operator Peter A. Magazzu, the theatre relaunched as the Ritz Theater in 1933. He refurbished the location with new seats and a grand relaunch on September 24, 1934.

On December 26, 1948, the Ritz Theatre burned down and Magazzu built the new Angela Theatre on October 11, 1949 and, among many other theaters, he operator the local drive-in until his death in 1965.