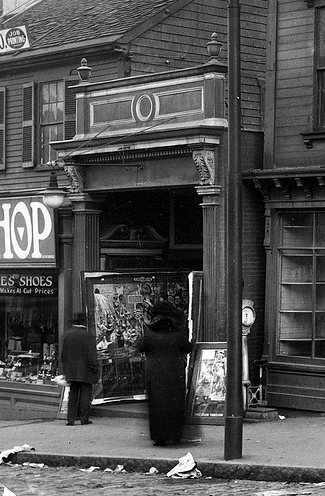 Savoy Theater was on the south side of Union Street just east of Purchase Street next to the Instituion for Savings Bank. The theater was in back of the buildings on the next street, the lobby extending north and south and the theater ran east and west.

The theater was built by Michael Sheedy of Fall River, it formerly was the William Coffin Stable. The theater portion was torn down in 1924 and a new block was erected by Maynard B. Davis and Charles M. Carroll.

In 1950 Taber’s taxicab office was located in the entrance of the theater, the owner said the original tiling in the lobby was still in its place.

Are there any photos that survive?