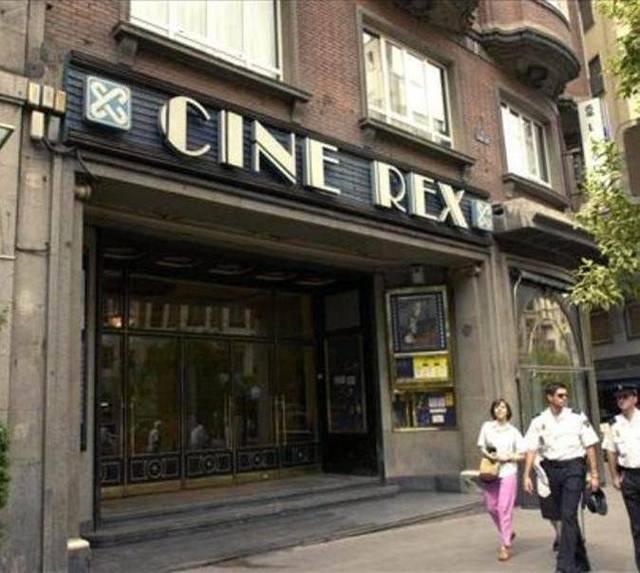 The lobby and auditorium were ornate. You entered the auditorium where the screen is. The curved screen appeared to be 35 to 45 feet wide. A red curtain rose & lowered.

With decreased attendence at single screen movie theatres, the Cine Rex closed in 2006 and by 2007, permission had been granted for demolition. Fortunately, plans changed, and the cinema will be turned into a multi-purpose show venue.

Photos of the exterior of the closed movie theater:
View link
http://www.flickr.com/photos/kailos/1343517126/

Especially since it could get gutted, I’d hope there are photos somewhere of the ornate interior!

As of New Years Eve 2008 it was still sitting there in a very bad state indeed.

Still standing thankfully as of Oct 2009.