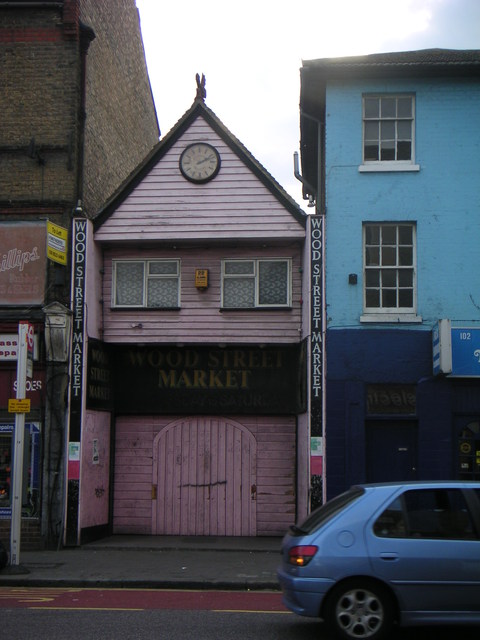 Located in the northeast London district of Walthamstow. The Wood Street Picture Palace opened in October 1912. Entrance to the cinema was via a long narrow passage from Wood Street, with the auditorium laying parallel to Wood Street behind a row of shops. The auditorium had seating for 900 on long wooden benches on a single floor. It was operated by the Penny Picture Theatre Co.

By 1914 it was re-named the Crown Picture Theatre and operated by a company of that same name. Several other independents operated it over the following years. It had been re-seated with conventional cinema seats and its capacity was for 650.

It was known as the Crown Cinema in 1947 and became the New Crown Cinema before closing on 8th July 1950. It re-opened under new independent management in 1953 as the Rio Cinema, but this was short lived and it closed in 1955.

The building went through several uses, but has operated as Wood Street Market for many years. It specialises in selling antiques and collectables and is one of London’s ‘hidden’ treasures, especially if old gramophone records and memorabilia are your thing!. The building itself is nothing special, with open truss-beams in the ceiling, it was never anything more than a local cinema for the area. By 2019 the auditorium had been demolished and housing built on the site. The narrow front entrance remains in use as an indoor market.