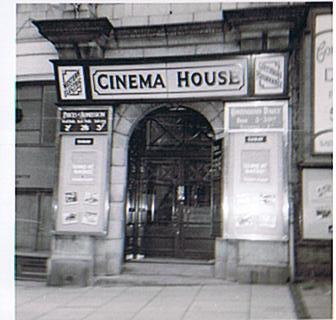 Originally built in 1897 as a Union Hall which was designed by architect Arthur H.L. MacKinnon. It was sometimes used for occasional film shows. It became a full time cinema, opening as the Picturedrome in 1910. Seating was provided in stalls and circle.

In 1924 its interior was given an early style of Art Deco modernisation. It was re-named Cinema House. It was always an independently operated cinema and closed in 1971. Converted into a bingo club it is now a bar and nightclub known as the Forum.