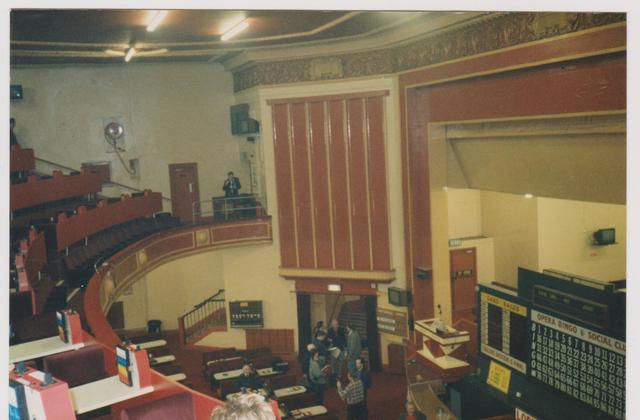 The Opera House dates from 1927 when it replaced the earlier Queens Jubilee Hall after a fire. It was designed as a live theatre but was soon operated as a cinema under the control of Graves Cinemas Ltd.

The proscenium width was 46 feet and the stage was 30 feet deep, there were 10 dressing rooms.

The auditorium was a fine theatre with a single balcony, the shape of the hall was wide and not too deep, giving excellent sightlines from all seats. In the centre of the ceiling is a dome with a plaster sunburst feature. Around the top of the stage wall is an intricate frieze.

The Opera House eventually became a bingo hall, but this too has recently closed as the club moved to new premises. Its future is in doubt.