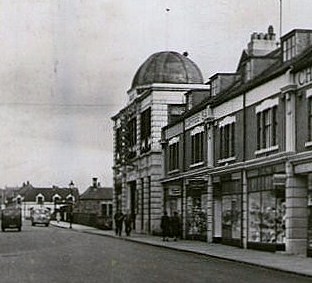 Located in Workington, Cumbria at the corner of Oxford Street & Gray Street. The Oxford Picture Theatre was built in 1920 and opened around 1921 with 1,100 seats. Initially, it was not successful. In May 1923, it was taken over by the Graves Cinemas Ltd., and they operated it successfully until it was closed.

It was taken over by the J.D. Wetherspoon chain of pubs and re-opened on 10th December 2001 as ‘The Henry Bessemer’, named after Henry Bessemer, who invented a steel making process used in the town.