Fred H. Rike opened the Feature Theatre on December 20, 1915 at 214 North Kentucky St. The Brockman Brothers – Tom S. and Roy L. – took over the struggling theatre and after a quick remodel in June of 1916 reopened it as the Queen Theatre on Jun 17, 1916. In 1922, the Brockmans took the Queen equipment and signage to Frisco to open the Queen Theatre there ending the Queen’s run in Fall of 1922.

Dallas you have left a thread dangling. When I went to Frisco to see the followup on the Queen which was to have been opened there using the equipment and signage from this Queen I found nothing.

Robboehm – Not really dangling as I can’t add pictures or continue threads on theaters not in the database. The Queen of Frisco isn’t in the CT-DB today (I can’t add theaters); so I did the best that I could for you – just added a picture of the E.L. Black run Frisco Theatre here in the McKinney entry. The Brockmans sold the Queen to John T. Northcutt. Northcutt then sold it to E.L. Black in 1927. Black sold it – but when the stock market collapsed – the new owners seemed to flounder so Black got it back. Sorry to dangle.

dallas, I don’t understand. You can add comments and pictures but not establish a new theater? I am not aware of any restrictive policy.

Robboehm: I think I’m an idiot! I had no idea I could add a theatre.

The first ad for the Feature Theatre appeared on October 20th, 1915. It could have been opened before. 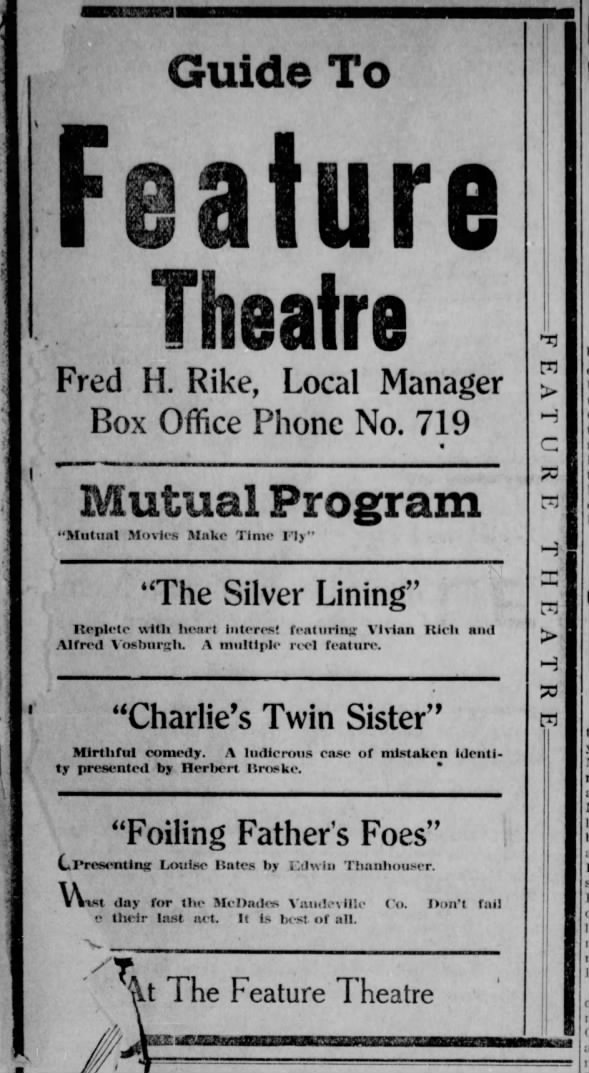