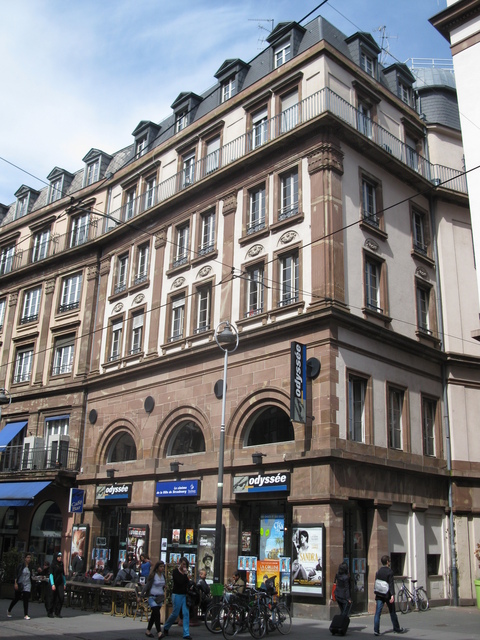 The Union Theater opened in 1913, and was based on the Union Theater (later UFA-Lichtspiele Alexanderplatz) in Berlin, Germany, which operated from 1909 until it was destroyed by bombing in 1943.

The Union Theater was re-named ABC in 1958 and was operated by the Gaumont chain until it was closed in 1986. It was renovated in 1992 by the architect Louis Piccon, with funding from the Ministry of Culture, and reopened as the Cinema Odyssee. The original auditorium now known as the Edouard Szulc Auditorium has 260 seats and is the only Neo-Classical style movie auditorium in the Strasbourg area. In the building’s basement is a 63-seat auditorium.

Films are screened in their original versions, with French subtitles.