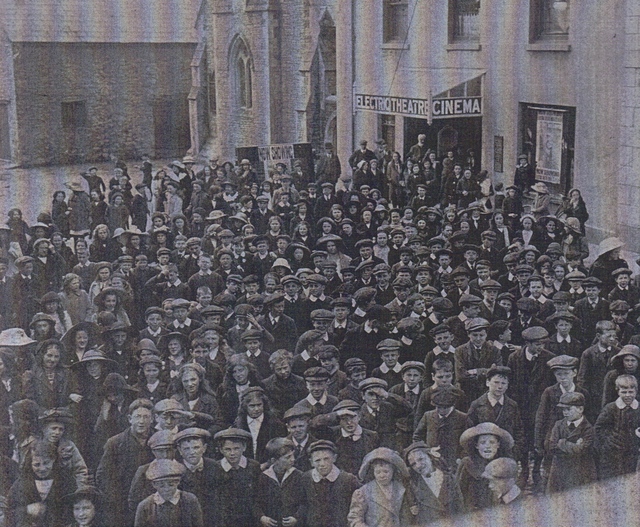 The Electric Theatre opened in 1919 with 400 seats. It screened films and had some variety use on its stage. In 1924, the proprietor was R.W. Phillips & Son and it had gone over to films mainly, showing one show per night with two changes of programme per week at prices of 5d to 1/6d. Variety shows were an ocassional extra. It was closed possibly by 1925, when the nearby Coliseum Cinema on Wheat Street opened.