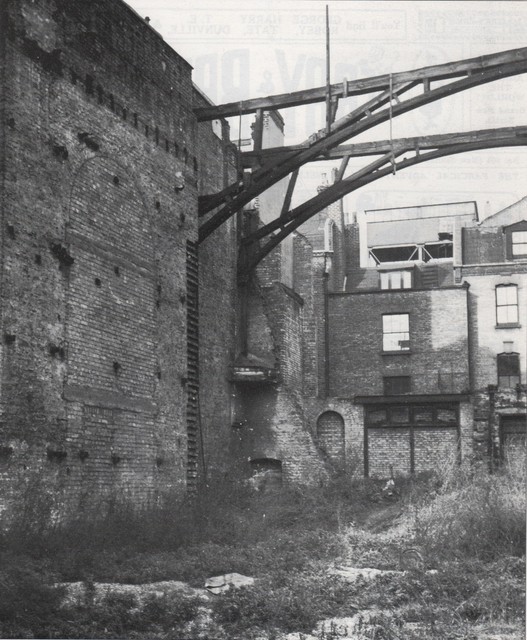 In 1889, the third theatre to be built on the site was designed by architect Bertie Crewe working with W.G.R. Sprague. It opened as the Olympia Theatre Shoreditch. It was built for and was operated by Andrew Melville, and by 1904, had passed to the ownership of Walter Melville & Frederick Melville. Seating was provided for 903 in stalls and pit, 397 in the dress circle, 354 in the 2nd circle, 480 in the gallery and ten boxes with total seating for 36, and standing room for 293. The proscenium was 38 feet wide, the stage 60 feet deep and there were 12 dressing rooms.

The Shorditch Olympia Theatre was a variety theatre and by 1911 was part of the Walter Gibbons & Charles Gulliver chain. Films were soon being screened as part of the variety programme.

From 1st December 1926, it was converted into a full time cinema, known as the New Olympia Picturedrome and was equipped with a Christie theatre organ by 1928. It was taken over by Associated British Cinemas(ABC) from 1930.

The Shoreditch Olympia Theatre was closed in May 1939, as plans had been drawn by ABC’s in-house architect William R. Glen, to build a new ABC Art Deco style super cinema on the site. Demolition began in late-1939, but work was halted due to World War II having begun. The site suffered German bomb damage in 1940, and the shell of the building remained until the late-1950’s, when the site was finally cleared. The proposed new ABC cinema was never built.

In 2008, a branch of Majestic Wine Warehouse operates from a building on the site.

A vintage 1931 photograph of the Shoreditch Olympia:
View link