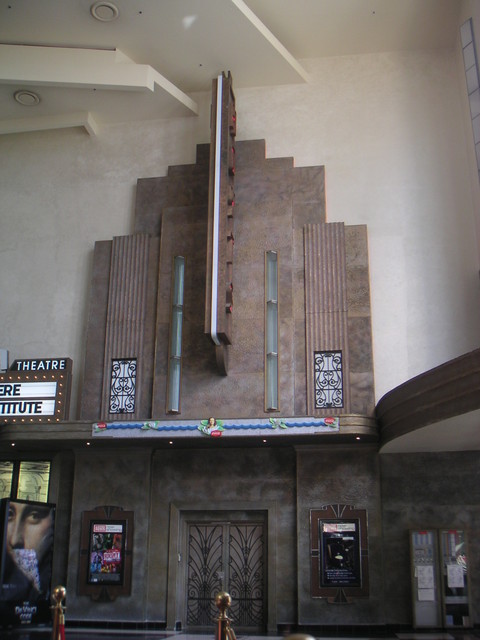 Built as new film studios, which also contains an entertainment centre with shops, cinemas and an amusement park (now closed). The Fox Studios Australia complex is on the site of the Showground’s, where the Royal Agricultural Society used to hold its annual Royal Easter Show. Located 10 minutes from Sydney city centre, Fox Studios opened in May 1998 and films produced here include "Babe: Pig in the City", "The Matrix" and parts of the "Star Wars" saga.

The Fox Studio Cinemas opened in late-1999, and are operated by Hoyts Cinemas chain. Designed in a stunning Art Deco style that mirror the golden age of movie palaces in the 1930’s. The right-hand wall of the huge 4-storey high lobby, has a montage of ‘blown-up’ vintage photographs of former Sydney cinemas.

Initially opened with 16 screen, an IMAX Theatre was added, that was equipped to screen both 2D and 3D films. There are also La Premiere screens. The IMAX screen was closed in 2021.

Hoyts' website says it has 12 mainstream, one IMAX and four La Premiere screens for a total of 17 screens.

IMAX was removed around 2019