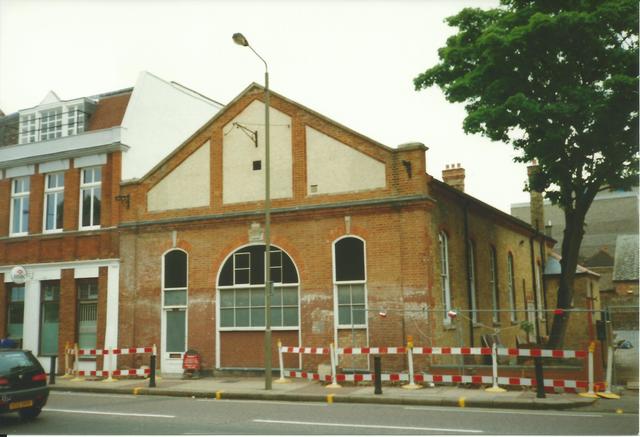 In 1900, it was re-named Wandworth Palace of Varieties, and animated pictures were shown here on 3rd April 1900.

Taken over in July 1908 by the Biograph Theatres Circuit, operated by American born exhibitor George Washington Grant. A projection box was installed and alterations were made by architect William Hancock to convert the building into the Picture Palace. In June 1911, it was taken over by new owners and re-named Picture Palladium.

Re-named Court Cinema from 1916 (it was located adjacent to the County Court-today used as Wandsworth Museum). The Court Cinema was closed in the 1920’s.

The building then went through many uses as a warehouse for glass and china, a car showroom, a tobacco warehouse and an ironmongers. It was in civil defence use during World War II, and after the war, Young’s Brewery used it to store beer crates.

In 1993, there were plans to convert the building into a 200 seat live theatre, but this never materialised. The building was restored in 1998, with the assistance of English Heritage and Wandworth Council. It suffered a fire in 2003, but repairs were carried out. The refurbished building stands empty, awaiting a new use.