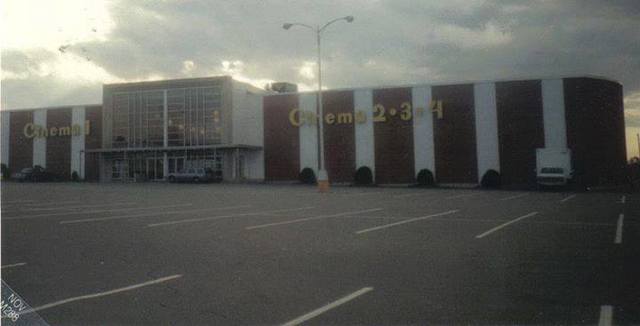 There was theater located in the Brewer Shopping Center as listed by a archived Bangor Daily Newspaper theater showtimes. The Brewer Cinemas opened as a twin screen Cinema 1 & 2 on December 22, 1967, with the 500-seat Cinema 1 screening Tommy Steele in “The Happiest Millionaire” and the 700-seat Cinema 2 screening Jmes Garner in “Grand Prix”. In the 1970’s two more screens were added. It was closed on July 23, 1985.

Sorry but, I forgot to fix that it wasn’t actually called Brewer Cinemas 4 it’s official name was the Brewer Cinema Center and I think it had four screens because old news articles lists Cinema 1, 2, 3, and 4. It looked like it had daily shows and I’m not sure if they were first run or not. For the fun of it I will email Brewer about the old cinema and ask around because I never knew of there being a cinema in Brewer.

Sorry to say but, after contacting the City of Brewer I learned that the building has been demolished and is no longer standing. The old cinema was located in the Brewer Shopping Center but,wasn’t connected to the shopping center but, was across the parking lot.

I did see it listed as on Wilson Street, which is the street the shopping center is on.

Here is some rough info I found, I hope someone can check into and see if it is correct.

Early 1970’s opened as a triplex by Graphic Theaters Circuit.

Sounds correct and after looking at 1991 satellites the building looked like it was standing but, after that it was gone.

The location was where the current Hannaford Supermarket is located off Wilson Street in Brewer. The site is now a mini mall.

I remember seeing “An Unmarried Woman” there with my mother in the summer of 1978.

This twin cinema first opened in 1968. It added screens 3 and 4 in the 70’s. It closed on July 23, 1985, the day the theaters died in the Bangor/Brewer area because of the opening of the Bangor Mall 6. Always a first run theater, it held on to movies for months in the early 70’s.

This opened as a twin cinema on December 22nd, 1967. Grand opening ad with picture posted. 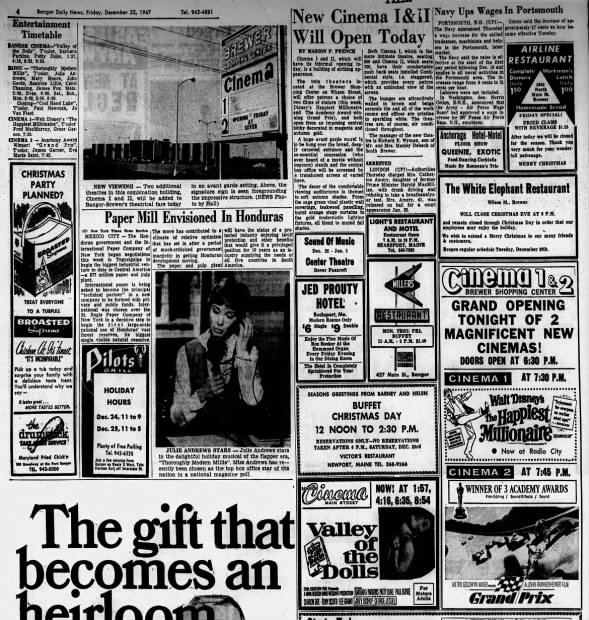