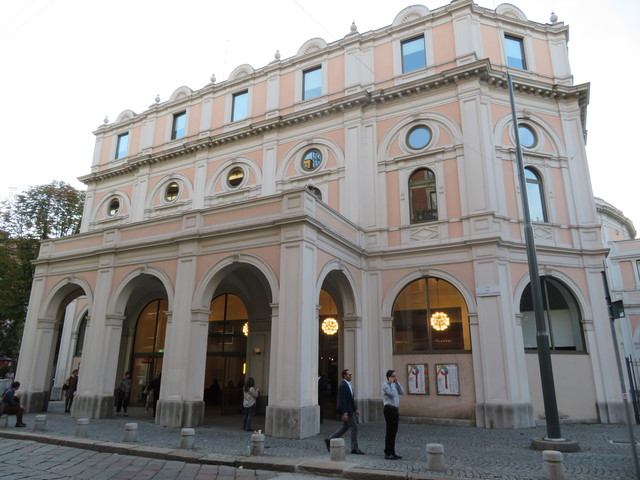 Located close to the Castello Sforzesco in the city centre. The Teatro Dal Verme was built as an opera house and opened on 14th September 1872. It was designed by architect Giuseppe Pestagalli and had a seating capacity for 3,000. It became one of the leading opera houses in Milan, joining the more famous La Scala Opera Theatre. "Pagliacci" by Puccini was premiered at the Teatro Dal Verme on 21st May 1892.

Seating was arranged in a typical opera house style, with several levels of horse-shoe shaped balconies, with elaborate Italian Renaissance style decorations. From the 1920’s, the theatre began runs of dramas, variety performaces and even a circus. Films began to be screened at this time. In the early-1930’s it became a full time cinema, screening first run releases in Milan.

In 1943, the Cinema Dal Verme was badly damaged by allied bombs. It was restored in 1947 to the plans of noted architect Mario Cavalle, and was given a Streamline Moderne style interior with seating for 1,800.

The Cinema Dal Verme continued as a first run premiere cinema in Milan until it closed in 1984. The building then lay unused for many years.

It was purchased by the city, and in 1991, work began on a major remodeling to convert it into a concert venue. It eventually re-opened on 5th April 2001.