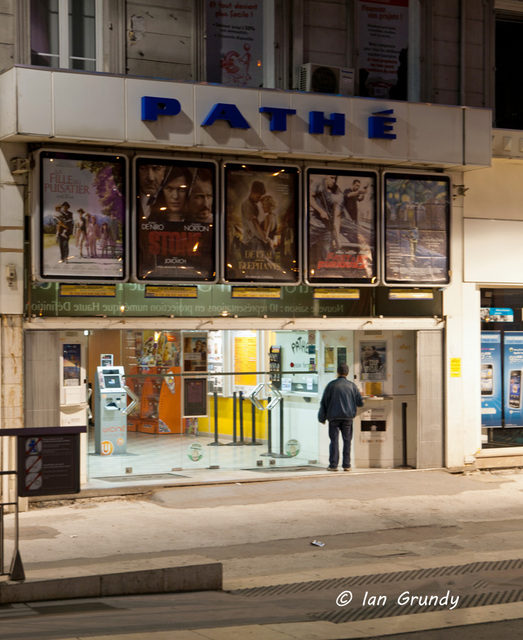 The Rue Jean Medecin was originally named Avenue de la Victoire. The 250-seat Cameo Cine was opened by the 1930’s. In 1961 it had been rebuilt as the Gaumont Palace to the plans of architect Georges Peynet. Since then it has been expanded and now operates with 7 screens and 1,365 seats. Almost opposite the Gaumont Pathe Paris cinema in Nice, though this one does not bear the Gaumont name.

Exterior and lobby photographs from July 2014.

it was the former gaumont palace rebuilt as a multiplex