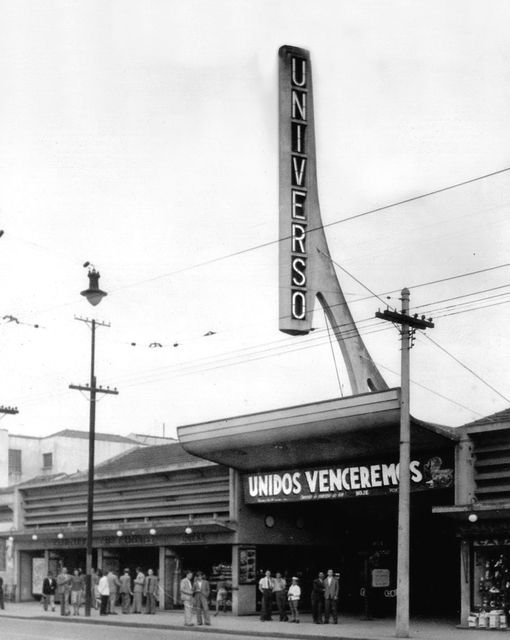 Located in the inner-city suburb of Belem, to the east of Sao Paulo city centre. The Cine Universo was opened in 1938. Originally conceived as a 5,500-seat cinema by Brazilian architect Rino Levi, it was downsized by 1,176-seats.

The front of the building was only a single storey high, with shops flanking a central entrance that had a marquee and a large vertical blade sign. Beyond the entrance was a spacious foyer, beyond which lay the vast auditorium. The main bulk of the seating was on the main orchestra floor. There was a mezanine balcony which had seven rows of seats, and above that was a second balcony which seated 1,500. The centre of the ceiling contained a large circular dome, and towards the proscenium were four troughs containing concealed lighting in the ceiling. On each of the splay walls were six troughs containing concealed lighting.

The Cine Universo had closed by 1984, and was a ruin, awaiting demolition. Today a large block of apartments with shops stands on the site.