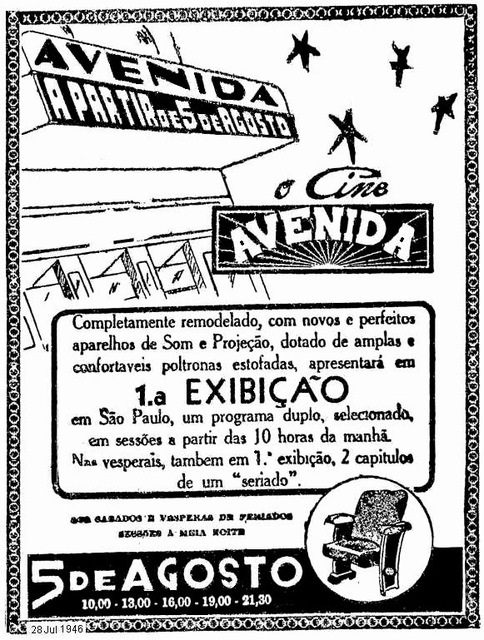 Located in the centre of Sao Paulo. The Cine Avenida opened in 1935. It was one of the principle cinemas in the downtown Cinelandia area of the city.