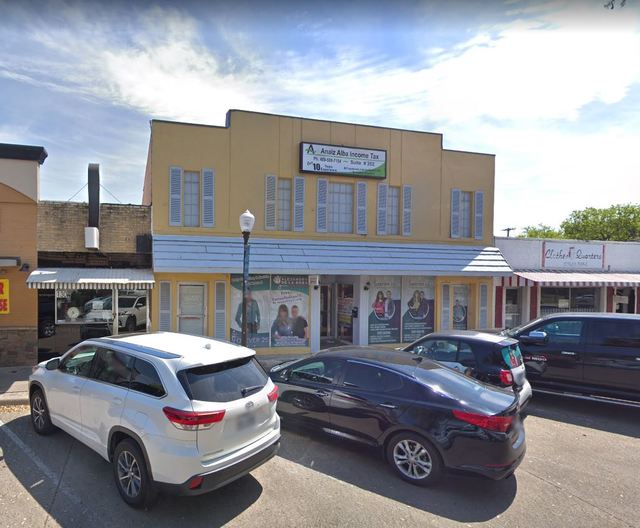 A new larger Irving Theatre was built in 1939 east of this theatre on E. Irving Boulevard, replacing this original Irving Theatre. The 2nd generation Irving Theatre, operated until 1972. (It has its own page on Cinema Treasures).

2 Photos of the Original Irving Theatre, taken back in August of 2008. Click on photos to enlarge.. Enjoy..

The original Irving Theatre on Main Street was opened in September of 1924 likely on a 15-year lease. Operator E.R. Lawrence sold the theatre on August 26, 1935 to Hans Smith. Smith opted to build the New Irving Theatre, a streamlined moderne facility, launching in 1939. After a period of vacancy, I believe this theatre became the Rio Theatre closing under that name. It was converted for other retail purposes.

Well, when my family moved to Irving in mid-1946, it did have two walk-in theaters, the Rio and Irving Theater. I used to go to both depending on what was playing. Of course as a six or seven year old kid, I wouldn’t watch anything but westerns.

The Irving Theater was much more modern than the Rio. The inside of the Rio was lined with open-flame gas heaters. Its a wonder that none of us died of carbon monoxide poisoning. The Rio didn’t make it until the early-1960’s, because it burned down in the 1950s. They just left the lot vacant.