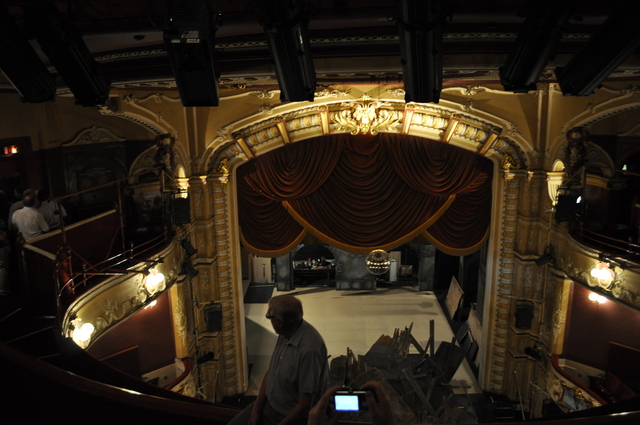 The Theatre Royal and Opera House on the corner of Drury Lane and Westgate is a gem of a theatre designed in 1894 by the pre-eminent architect Frank Matcham, and is the smallest of his surviving theatres, having opened with a seating capacity of 508.

As a music hall, film interludes were part of the entertainment, but it was not until 1955 that a projection box was constructed in the gallery of the auditorium and it became exclusively a cinema known as the Essoldo.

This lasted until bingo took over from 1966 to 1986 and the theatre then began a long ongoing restoration process whilst the stage was appropriately returned to live usage.

It is a beautiful theater on three levels with an ornate proscenium and deep stage behind. The balcony fronts are richly decorated with fibrous plaster and the ceiling contains a number of painted panels. There are no stage boxes but there are charming private boxes in the Dress Circle area.

In the summer of 2002, the concrete projection box in the Gallery was completely removed to enable the seating at this level to be restored.

The Theatre Royal and Opera House is designated a Grade II* Listed building by English Heritage.