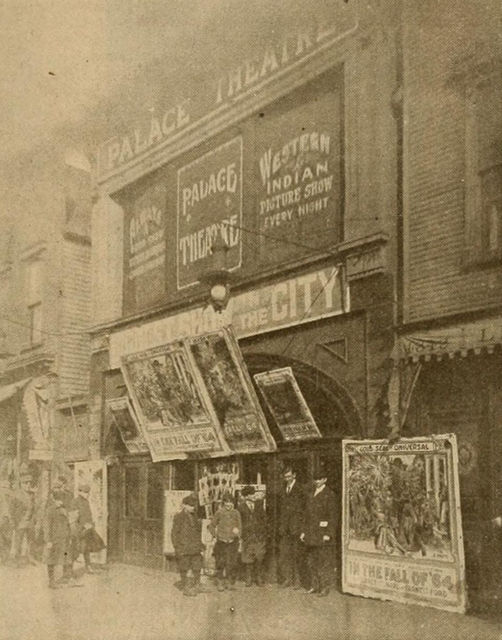 The Palace Theatre was taken over by Herman Schoenstadt in 1908, according to an article about him in the February 23, 1918, issue of The Moving Picture World. This 250-300 seat house was the first theater Schoenstadt operated. He and his two sons would go on to build an extensive chain of neighborhood theaters in Chicago.