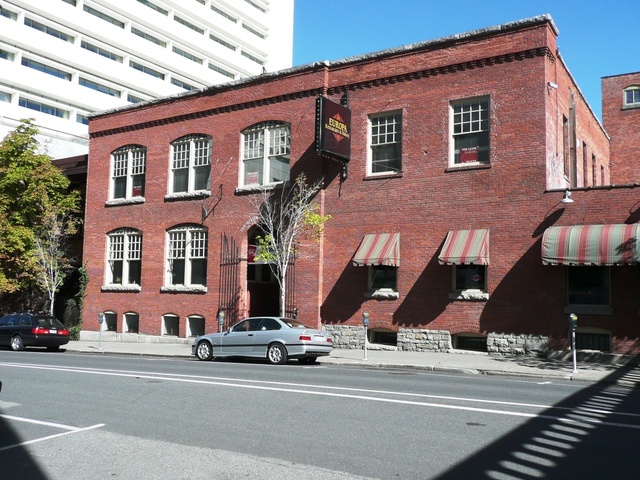 Tom Stuart and Edward Coker founded Spokane’s first Magic Lantern Theatre in 1973. After its opening it used vintage 1931 projectors for its one screen until a 1979 remodeling gave it a chance to update to a platter system. The number of screens eventually increased to three.

The Spokane Spokesman-Review says that the Magic Lantern Theatre, with various operators, opened and closed four times between 1973 and 1998.

From available news reports it appears that the name issue became moot as the original Magic Lantern Theatre reopened in November 1997 as a brewpub/cinema and closed December 31, 1998. It is now a restaurant/bar named Europa.

It wasn’t until 2007 that the present-day Magic Lantern Theatre opened in Spokane at 25 W. Main Street. (it has its own page on Cinema Treasures)