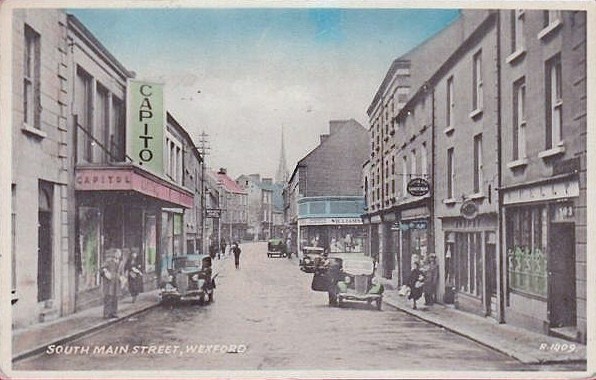 Located in Wexford, County Wexford. The New Capitol Cinema was opened on 15th February 1931. It was equipped with a Western Electric(WE) sound system and had a 24 feet wide proscenium. It was built for and operated by the independent Capitol Cinema(Wexford) Ltd. for all its life. By 1937 it was known as the Capitol Cinema

The Capitol Cinema was still open in 1971. It closed around 1984 and was converted into retail use. It has been demolished, and Colman Doyle Home Store now operates from the new building on the site.

The Little Book of Wexford, by Nicky Rossiter, says that the Capitol Cinema opened on February 15, 1931. The building had previously been occupied by a furniture store. An article published in November, 2002, announcing that the premises of the Capitol Cinema were being renovated for a return to retail use noted that the theater had been closed for eighteen years, so it closed around 1984.