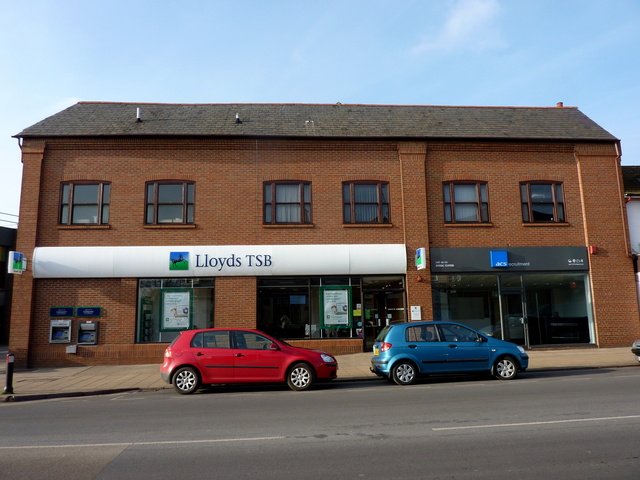 It is not certain when the Prince of Wales’ Playhouse opened at the junction of Wellingborough Road with Monks Park Road, but on 10th May 1910 J. F. Bentley took it over as the East End Picture Palace. Whilst the 1910 Kelly’s Street Directory lists it as the Abington Park Picture Palace, a programme of the time has it as Abington Picture Palace, showing Bentley’s Pictures, so there is a certain vagueness about what it was called at any particular time. He renamed it King’s Picture Playhouse. It offered private boxes, each seating 5 patrons; probably a left-over from its theatrical origin.

Bentley sold it in February 1913 and, by 1919, named King’s Picture Playhouse, the proprietor was G. H. J. Dawson. Still under Dawson’s control in 1922, the resident manager was G. J. Lester, offering a continuous programme with 2 changes weekly and seats from 5d to 1s 7d.

Closure came in 1929, but the cinema re-opened in 1931, presumably as the Plaza Cinema and after the KYB was published, as it is not listed for that year. By 1941 the theatre was in the hands of W. Harris and F. Faulkner, of the Kingsthorpe Ritz Cinema, from which office it was booked. Prices were then 7d to 1s 9d with continuous programmes and a daily matinee. Midland Super Cinemas were in control by 1947, and Myer and Sidney Cipin had added it to their Northampton portfolio by 1949 (joining the Ritz Cinema and Tivoli Cinema). In October 1954 it was equipped with CinemaScope & stereophonic sound featuring “The Robe” with Richard Burton. The projectors were Westar machines and arcs, coupled with Westrex sound installed.

1969 was the end for films. “Her Private Hell” and “The Virgins” played for 4 days from Sunday 13th July, whilst James Garner in “Grand Prix”, billed prominently as having stereophonic sound, saw things to a close on the 19th July 1969. Bingo took over for a while, but when this transferred to the former Regal Cinema. The Plaza Cinema was converted into a House of Holland store, before becoming a Budgen supermarket. Today, with a completely reconstructed façade and gutted interior, the building is a branch of Lloyd’s TSB. From Monk’s Park Road, however, the fly tower and stage end are clearly visible, betraying its theatrical and cinematic ancestry.

The local paper alluded to reports of staff working for House of Holland experiencing ‘ghostly occurrences’, perhaps associated with the one-time live-in projectionist?

One of the Westar projectors at the Plaza and my first attempts at hand-colouring an original mono chrome shot which I took when I commenced work there as a trainee in 1951. I can confirm that the footlights were made out of metal Walls ice cream containers in which the product was delivered. The bulbs were all hand painted in various colours but all controlled by a single dimmer. The Manager/Owner Sid Cipin was a great boss to work for, and when I handed in my notice,having obtained a position at the Savoy,he offered to up my wages…but they still didn’t match what I was to earn at the Savoy. His office was next to the projection room and actually had a small balcony attached where he and any guests could watch the film. I can confirm that the tabs were hand wound via wires and pulleys along the roof void,and that the Chief Projectionist [Charles Lawton] did live on the premises. His living quarters was also the Rectifier room,and he cooked all his meals on a small combined electric ring & oven in there. He used the toilets to wash and shave in,but each week would get in his Standard 8 Morris car and drive to Northampton Baths fora weekly bath! He also went round the Town in his car to all the bill posting sites with a bucket of paste and broom to stick up the next weeks attraction quad posters. He was an avid short-wave Radio Ham and spent many evening hours tuning in to Stations around the world. A very strange man to work with. Reluctant to actually teach me anything about projection, and had two strange habits. He was quite small in stature and had two 2" wooden platforms at the viewing ports which allowed him to view the film.The problem was that he had a habit of continually dribbling spit from his mouth onto the boards…which were soaking wet. His other habit was to shave his head with a comb-razor and it was forever raw looking. His one day off a week was Sunday and he would dress in a very smart suit,trousers,shirt & tie and drive to the Gaumont Cinema to have Sunday Lunch! The only other projectionist was a well built guy by the name of John who had a club foot and wore a surgical boot.