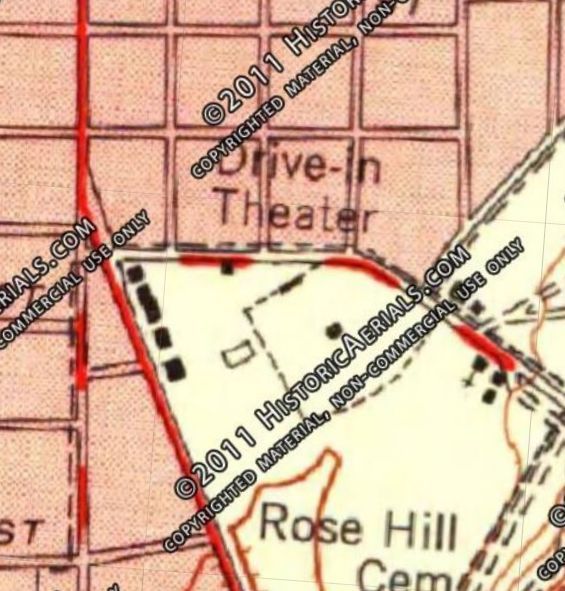 The Cardinal Drive-In was opened May 7, 1953 with Rosemary Clooney in “The Stars are Singing”. Car capacity was listed at 550 cars. Malco operated this drive-in until its closing in the mid-1980’s. It has since been demolished. The drive-in was located on the corner of Old Hartford Road & Triplett Street. Difficult time getting it to map. There is a strip shopping center along Triplett Street and there is an open field behind the buildings where the drive-in was once laid out.

This opened on May 7th, 1953. Grand opening ad in the photo section.