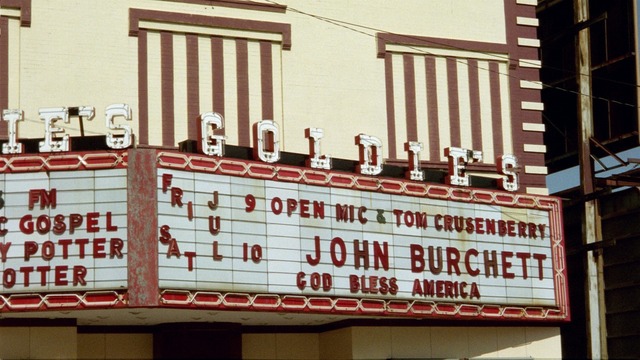 In 1992 it opened as Goldie’s Best Little Opryhouse in Kentucky presenting a blend of old and new country, comedy, bluegrass, gospel, and old time rock and roll music. Goldie’s was a very affordable show to which you could bring the entire family from the youngest to the oldest. It was closed in late-2008.

By April 2010 it was taken over by Theatre Workshop of Owensboro and reopened as TWO Empress Theatre.

Quite a mouthfull of a name for this theatre.

Tryed to look at their Offical Website its not there any more.

Built in 1912, the Theater that stands at 418 Frederica Street is now being bought by Theatre Workshop of Owensboro. It opened on October 29th 1912 as The Empress owned by George A. Bleich. One of the first Movie houses built in America, it had a 750 seats. Now a 350 seat theatre it is home to stage plays and Concerts put on by TWO. Theatre workshop is currently trying to raise money to finish the purchase but also to renovate and bring the building back to it’s glory. for info please visit theatreworkshop.org.

This web page has an article about the Empress Theatre from the Owensboro Messenger Inquirer The article is not dated, but was posted on the web on October 18, 2012. There is a vintage photo of the theater and a modern photo of the marquee with the name TWO on it (the acronym for Theatre Workshop of Owensboro.) The “Venues” page of TWO’s official web site calls it the TWO Empress Theatre (TWO also mounts shows in Trinity Center, a former church.)

The Empress showed its last movie on January 19, 1989, and Goldie’s closed at the end of 2008 when its owner retired, so our current introduction is mostly obsolete.

The Empress Theatre was designed by architect W. R. Gatlin, who also designed the Princess Theatre in Hopkinsville.

This theatre would have had to go a long way to top Branson.

This opened on October 29th, 1912. Grand opening ad in the photo section.

This closed down as Center in 1967 and reopened as Malco again on January 25th, 1968. The grand opening ad below and in the photo section. 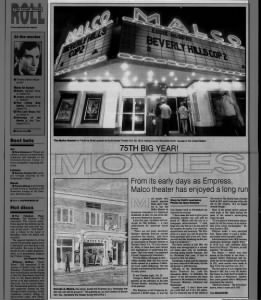 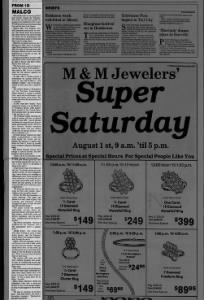