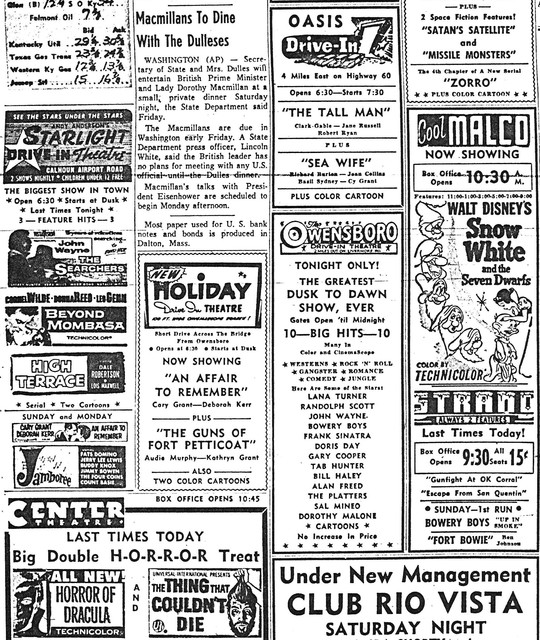 The Owensboro Drive-In was open in 1961. Car capacity was listed at 750 cars. The drive-in was operated by Malco Theatres and was closed in the late-1970’s. It was demolished to build Malco’s Cinema 8 and a shopping plaza.

Any additional information on the Owensboro Drive-In would be appreciated.

This opened on September 2nd, 1955. Grand opening ad in the photo section and below. 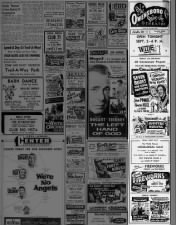