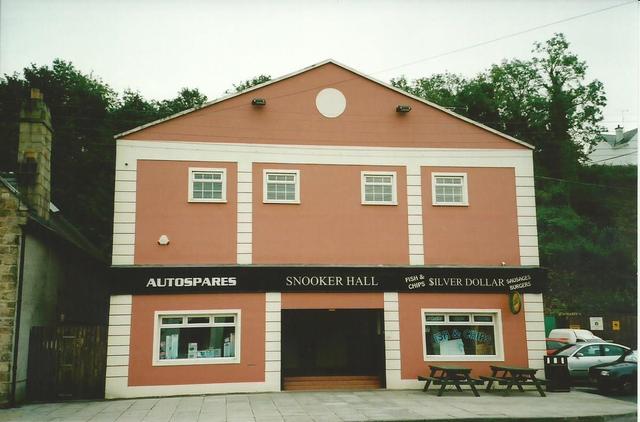 Located in Lisnaskea, County Fermanagh. The Astral Cinema was built by local businessman Paddy Clarke, of Clarke’s Quarry (still trading, as P. Clarke & Sons Ltd.). It appears to have opened in either 1956 or, more likely, 1957: locals recall its opening coinciding with the Russians sending the dog Laika into space in November 1957 and say that Mr Clarke was, at one time, considering naming the cinema Laika. I gather the opening film, in CinemaScope, was “The King and I” starring Yul Brynner and Deborah Kerr, so 1957 is the more likely year of opening. The current owner bought the building c.1995, and recalls it had stood empty for at least 10 years, indicating that the Astral Cinema closed in the mid-1980’s. (It was still being advertised in the local newspaper in the early-1980’s.)