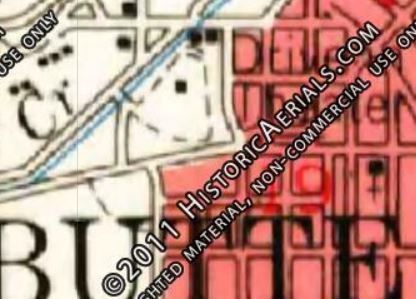 The Bridgeway Drive-In opened May 16, 1951 and its advertisements began to appear in the Montana Standard. It was operated by Clarence Golder of Great Falls. After the 1961 season the drive-in, operated by National General Theatres, apparently closed and in 1962 a news article referred to it as the old Bridgeway Theater.

In May of 1974 it was reported in the Standard that a housing project for senior citizens had been approved on the site of the old Bridgeway Drive-In.