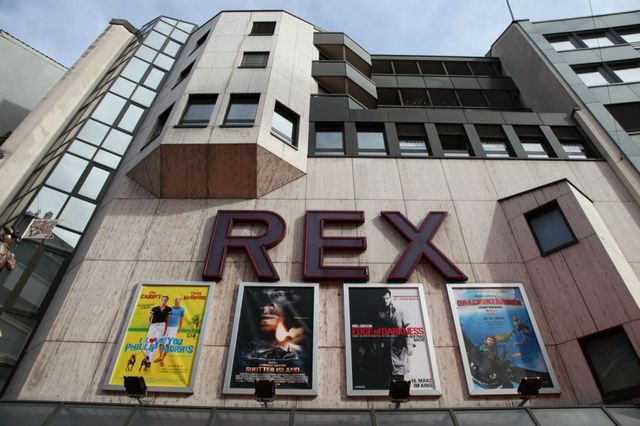 The Cinebref was opened on 4th November 1937 as a newsreel cinema. It was designed by architects Oskar Meyer and Albert Loher, and had a seating capacity for 560 on orchestra and balcony levels. In 1939 it was re-named Rex Cinema, and went over to screening feature films.