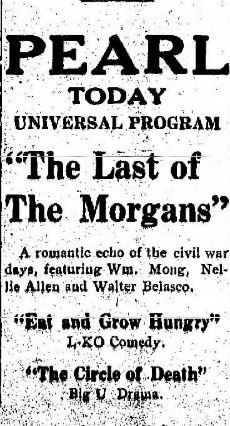 The location today would be the site of the First National Bank.