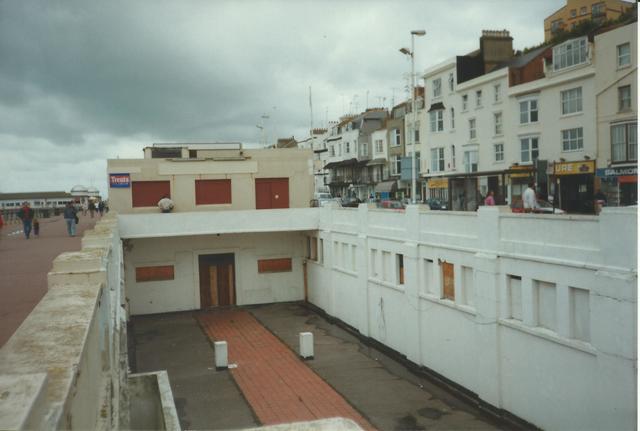 In Hastings, East Sussex, at the end of 1912 the Private Baths at the White Rock Swimming Baths were leased by Colonel Hewitt, who transformed them into the Baths Cinema, which opened on Saturday 20th February 1913.

Films made way for concerts during the winter months of 1913-1914 and 1914-1915, then the Baths Cinema closed in March 1915 when its lease expired. It reverted back to a swimming baths, which was acquired by the corporation in later years.

More recently the old cinema has housed a skateboarding park, an ice skating rink and a roller disco. In August 1999, when I visited, it appeared to be unused. The former cinema part and the rest of the venue was re-opened in February 2016 as the Source Park, which is the UK’s largest BMX and skateboard park, and is also the largest underground venue of this nature in Europe.