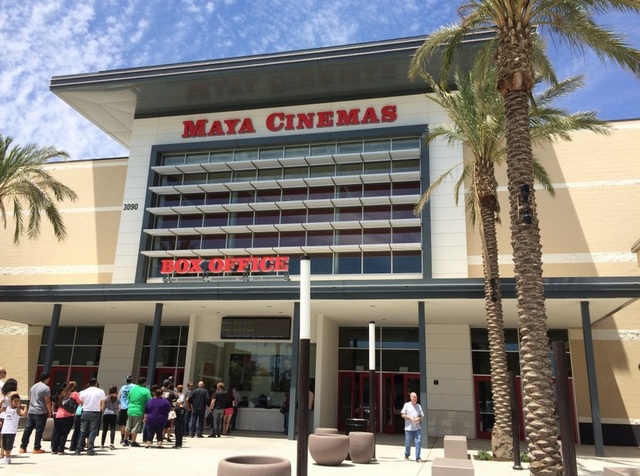 The 2,700-seat Maya Cinema opened on May 22, 2015, on university land at California State University, Fresno. Designed by ELS Architecture, Campus Pointe is a mixed-use development, which combines retail, office, hotel, and housing space.

Technical amenities in the $25 million cinema include the Dolby Atmos immersive 3D surround sound system. Opening on June 11, 2015 was a MPX screen, which Maya president, Frank Haffar, called the largest in the Central Valley. The Fresno Bee compared the MPX screen to the IMAX screen at Edwards Riverpark. The MPX Screen is 76 feet wide and 39 feet tall while the IMAX screen is 70 feet wide and 52 feet tall. The MPX, with 50 speakers, has 150,000 watts of sound and the IMAX screen has 12,000 watts. The MPX auditorium seats 355 and the IMAX seats 281. 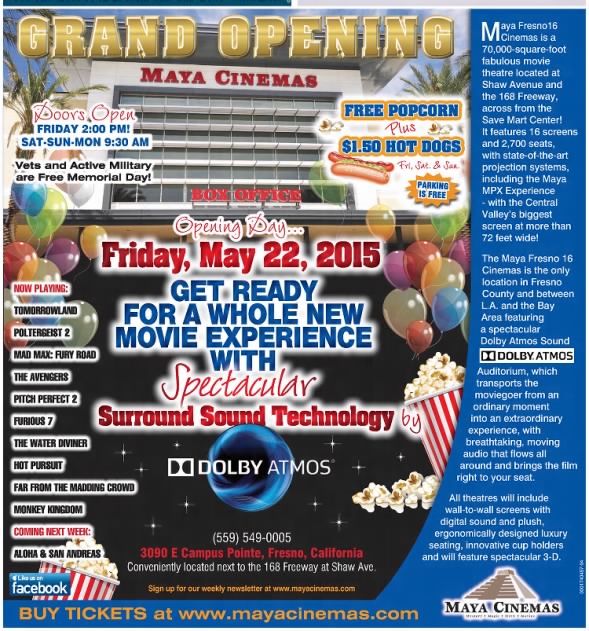