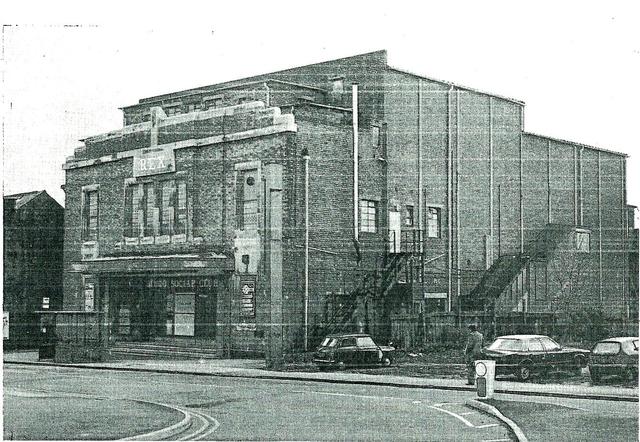 Located in the south Birmingham district of Blackheath. The Rex Cinema was opened on 28th September 1938 with a live charity concert on stage. The following day it screened its first film “Owd Bob” starring Will Fyffe. It was designed by Birmingham based architect Sydney H. Wigham for Thomas Cooper, who already operated the Kings Cinema and Pavilion Cinema in Blackheath, and he closed the Pavilion Cinema when the Rex Cinema opened.

The Rex Cinema had seating in stalls and circle levels. Organ chambers were built into the building, but it was never equipped with an organ.

The Rex Cinema was closed on 6th July 1968 with the controversial Irish film of James Joyce’s “Ulysses”. It was converted into a Barry Noble Bingo Club which closed in 1996. The cinema was then demolished.