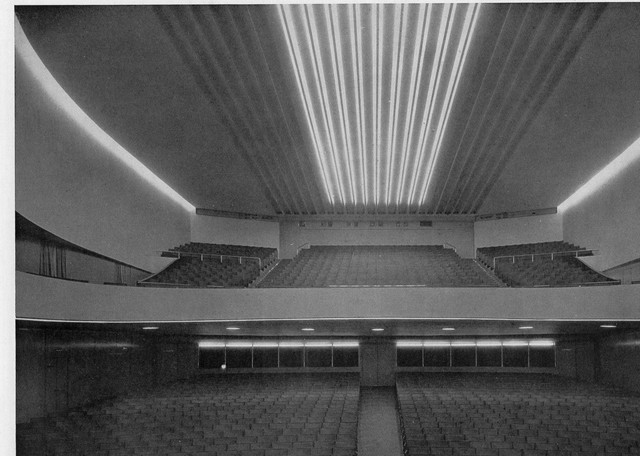 The 1,573-seat Universum Kino was opened in 1930 by the Swabian Urania chain. It was designed in a Streamline Art Deco style by architects Albert Eitel, Professor Paul Schmohl and Baurat G. Staehelin. It was equipped for sound films and also had an orchestra and an organ. The Universum was considered one of the main cinemas in Stuttgart. It was badly damaged by Allied bombs in 1942.

In 1949 a small 230-seat cinema opened in a part of the building which was not too badly damaged (This could have been in the foyer or on the stage?) In 1952 the main auditorium was repaired and the Universum Kino re-opened in 1953 with an increased seating capacity of 1,909. It was closed in 1970. It has since been demolished and the Galeria Kaufhof store now stands on the site.