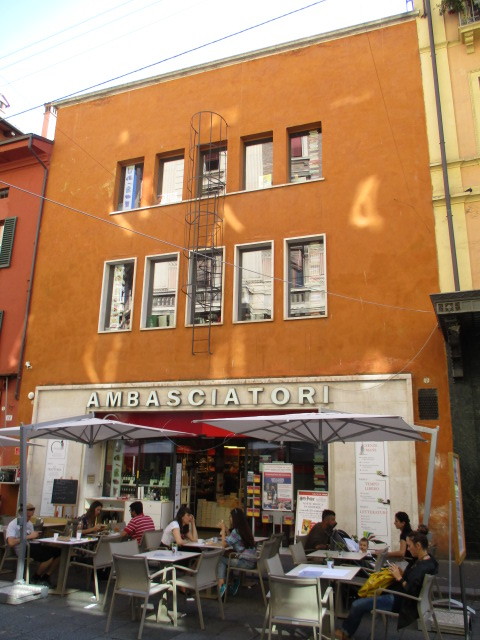 In Bologna, the largest city in the Emilia-Romagna region of Northern Italy, the Cinema Ambasciatori was built on the site of a medieval church and a mid-19th century covered market. They had been demolished in 1935, although the cinema didn’t open until 1947. The architect, Galliano Rabbi, combined elements from the church and the Neo-Romanesque market fronts with new work.