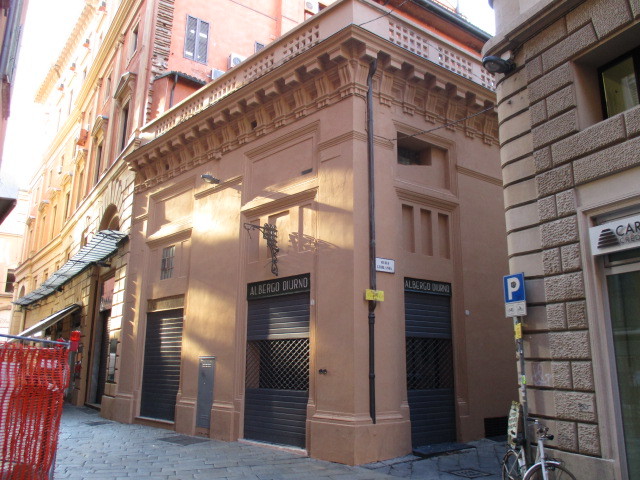 In Bologna, the largest city in the Emilia-Romagna region of Northern Italy, this former cinema is situated in a street off the southern end of the main street, Via dell'Indipendenza. (It is not far from the Cinema Medica Palace.)

Regrettably nothing is known about the Fulgor. Hopefully another contributor will be able to provide some information.