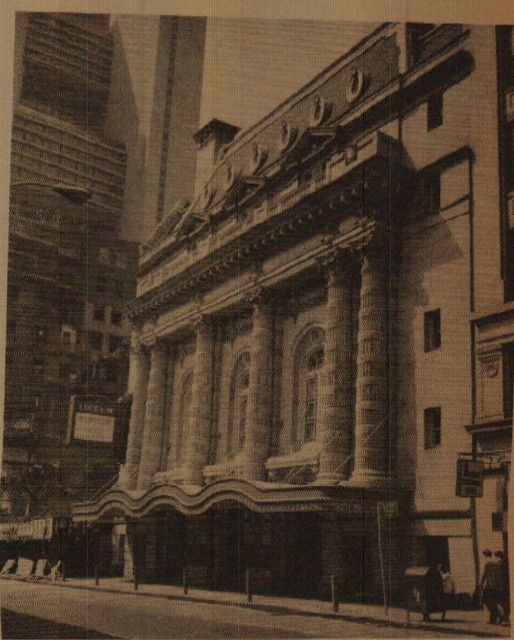 Located on W. 45th Street to the east of 7th Avenue & Broadway. The New Lyceum Theatre was opened on November 2, 1903 with “The Proud Prince” starring E.H. Sothern. It was built for producer Daniel Frohman who had his own private apartment in the building, from where he could view the performance below. Designed by noted theatre architects Herts & Tallant, seating is provided in orchestra, mezzanine & balcony levels and four boxes. The mezzanine & balcony are cantilevered, with no supporting pillars to obstruct views of the stage. The Lyceum Theatre has always been noted as a playhouse theatre, rather than a musical house. Among the hit plays are:“Born Yesterday” with Judy Holliday in 1946, “The Country Girl” with Uta Hagen in 1950, “A Hatful of Rain” with Ben Gazzara & Shelly Winters in 1955", Look Back in Anger" with Kenneth Haigh & Allen Bates in 1957, “A Taste of Honey” with Angela Lansbury in 1960.

It has been operated by the Shubert Brothers Theater Company since 1950, and they restored the theatre in the 1980’s. The Shubert archive is housed in Daniel Frohman’s private apartment.

On December 8, 1987, the New York City Landmarks Preservation Commission designated the Beaux-Arts style interior a a landmark. The exterior had been designated in 1974.