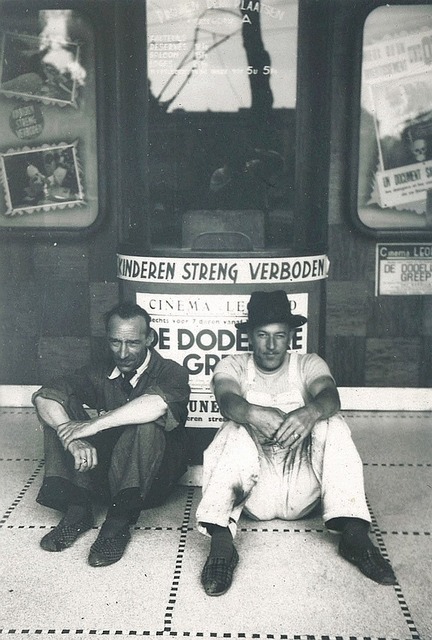 Was founded in 1919 by Bernard Cliquet in an existing Café Du Parc and will therefore have been a mixed showing at first.

In 1931, the hall, apart from the café, was completely redesigned as a cinema. It was exploited by Napoleon Bonnevalle who was the owner of the building and died in 1933. Later came Oscar Bonnevalle who designed the hall in 1939 with the name Leopold III, later called Leopold Cinema. As far as our memory reaches, erotic films were turned into a special attraction for students, soldiers and unemployed, who by the way could enjoy a reduced price. Usually there were 2 movies on the programme and at the entrance were countless suggestive, but neatly covered pictures for the necessary publicity. There was a wide entrance with a cashier in the middle. The room had a spacious balcony with right behind the “loges” that visitors could close off with a door. The interior was sober but it did not give an air of class about it. The Leopold Cinema was burned out in July 1981.