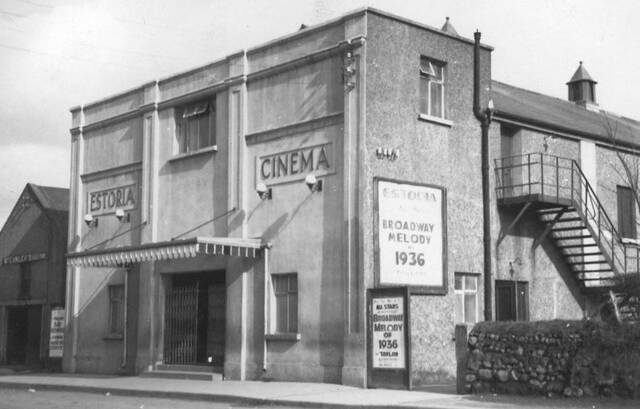 Located in Ballina, County Mayo. The Estoria Cinema opened in 1931 and was designed by T.P. McNamara & Sons. It had an RCA sound system fitted along with 715 seats. Stage productions and shows were also part of the fare including “HMS Pinafore” by the Ballina Choral Society and The Tommy Loftus Show, both in the 1950’s. Films were still being screened in 1973 but the end date is not widely known. Following that the building was regularly used for various purposes such as boxing matches and arts events, and was recently a base for The Mens’ Shed who relocated there in 2015, but its current use is unclear.