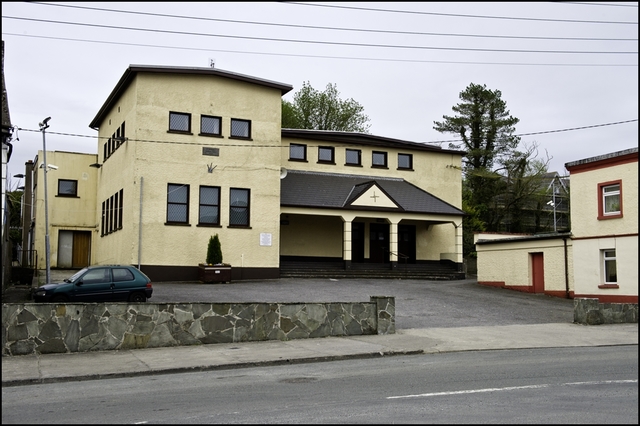 Located in Tobercurry, County Sligo. Films were screened at St. Brigid’s Hall beginning on 2nd December 1945 and were organised by the Very Reverend Gilden who addressed the crowd in person. The ability to host the cinema was made possible by subscriptions. It was equipped with a Kalee sound system and could accommodate 500 people. Films were still being shown in August 1968 one source claiming that the last film to be shown was Paul Newman in “Butch Cassidy and the Sundance Kid” in the early-1970’s.

Nearer the present, films were re-launched in February 2012 by local film director Dearbhla Walsh starting with James Franco in “Rise of Planet of the Apes”. The current theatre has a combination of balcony seats, stadium seating, and removable chairs with a capacity of around 260.