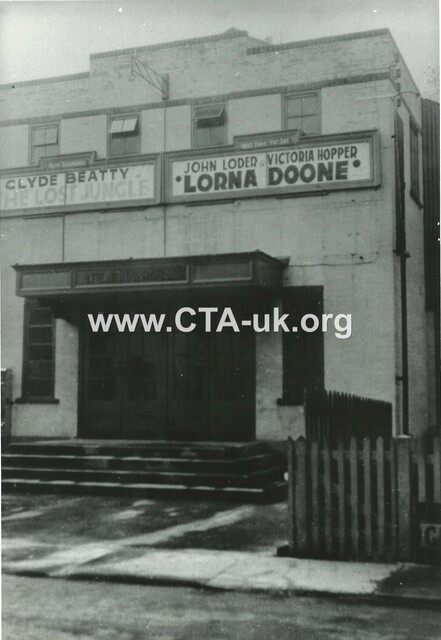 In Saxmundham, a historic market town in Suffolk, in 1934, Captain M. Atkinson created the Playhouse Cinema from an existing building. It was opened by Lord Cranbrook on 11th November 1934, the first film presentation being “Melody in Spring”, starring Charles Ruggles, supported by Fredric March in “Death Takes a Holiday”. Over the years, Sunday evening concerts were also presented, with performers such as Jackie Trent and Joe Brown.

A British Acoustic(BA) sound system was used, and CinemaScope arrived in 1958.

However, the Playhouse Cinema closed in 1962.

The building became a workshop for car dealer Smith and Wesby, but was later demolished.

The site is thought to be where a Tesco store is now situated.

Happily, the Playhouse Cinema is not entirely forgotten. Saxmundham Museum plays homage to it with a display of photographs and further information, including one of the projectors from the Playhouse. There is also a 12-seat cinema, complete with tip-up seats and a watchful usherette, in which museum visitors can pass up to an hour watching films from bye-gone days. This ‘mini-cinema’ is also available for hire.