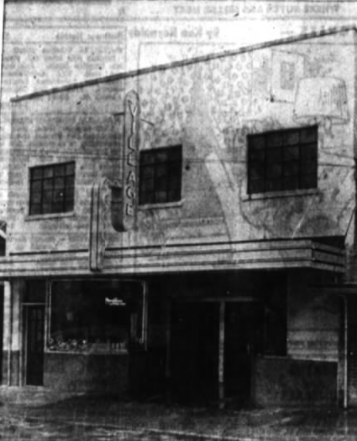 The Village Theatre opened its doors on February 4, 1949 with Jean Porter in “Two Blondes And A Redhead” which was shown only for one day.

This $50,000 Village Theatre was operated by S.M.G. Theatres Incorporated (named after owners Speros Zouras, Mike T. Stathakis, and Gus G. Mandis). Apparently though, the theater wasn’t even finished at the time of its opening.

This theatre had pretty much a short life on films, which only operated for 11 years in total until literally becoming a special performing arts theatre, retaining in Village Theatre name in 1960. It wasn’t until April 1, 1962 when the Village Theatre name was dropped, and became what appears to be the flagship building for the Greenwood Little Theatre.